The magnificent Quebec Basilica is an attraction in Quebec City that should not be missed.  Of particular interest to visitors, is its stunning altar.

Located in the heart of Old Quebec near the Quebec City Hall, the basilica is one of the city's top tourist attractions. 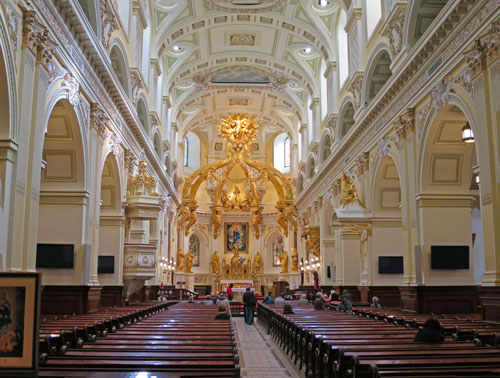 The official name of the basilica is Basilique-Cathedrale Notre-Dame de Quebec.

For many years, the Catholic church played a central role in the lives of Quebecers.  Today, however, that is no longer the case.