The Plains of Abraham was the location of an important battle that took place on September 13th, 1759 between British and French military forces.

The British, under General James Wolfe, defeated the French forces.  This historic victory resulted in permanent British rule in Canada. 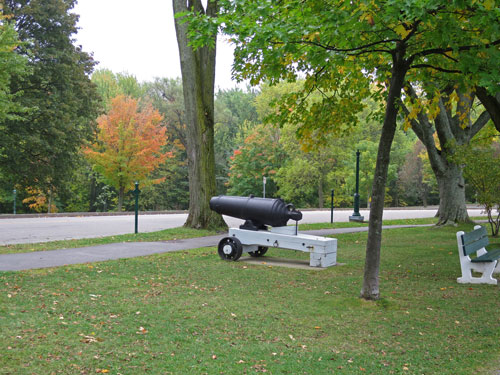 This former battlefield is today the location of a beautiful park where friends and family of all backgrounds gather to relax in peace.

The Park over is located southwest of the Quebec Citadel.  It features a wonderful view of the St. Lawrence River Valley.

The park that incorporates the Plains of Abraham is called Battlefield Park or "Parc des Champs-de-Bataille" in French.