The Quebec Citadel is a historic fort located directly south of Old Quebec.  It was built to protect Quebec from an American attack.

Construction of the fort was initiated by the French in 1693 and completed by the British in 1831. 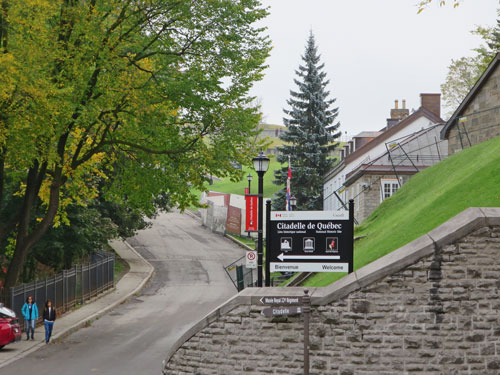 The Quebec Citadel is currently home to the Royal 22rd Regiment of the Canadian Armed Forces. This French-speaking regiment is affectionately called the "Vandoos".

Visitors can watch the "Changing of the Guard" that takes place daily at 10 AM in Parade Square during the summer months.

The Citadel is home to the residence of the Governor General, the Queen's representative in Canada.