The Quebec City Hall is a massive building located in the heart of Old Quebec.  It looks out across City Hall Square to Quebec's beautiful basilica.

Directly behind the city hall is a lovely garden with park benches and other attractions.  Musical and theatrical presentations are performed here during the summer months. 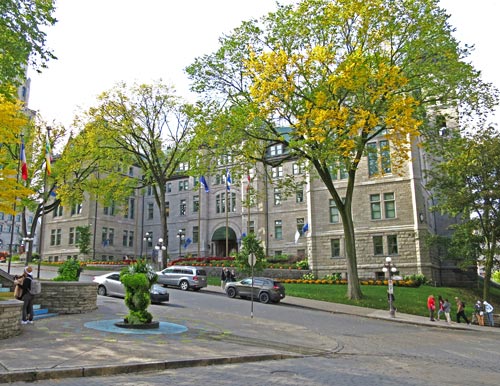 The Quebec City Hall was built in 1833.  It is called "Hotel de Ville" in French.