The funicular is a short railway that connects Quebec City's Upper Town (Haute-Ville) to its Lower Town (Basse-Ville).

The railway travels a distance of 64 meters at an angle of 45 degrees.  The funicular was established in 1879. 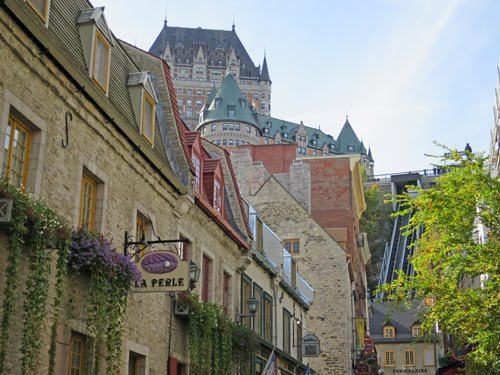