Quebec City is the capital of the Province of Quebec.  It is located on the north shore of the St. Lawrence River 256 km northeast of Montreal.

The historic portion of the city is called Old Quebec (Vieux Quebec). 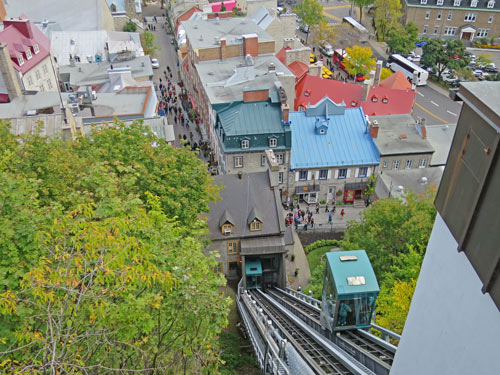 Surrounded by a great wall, Old Quebec is divided into two areas: a lower town (Basse-Ville) and an upper town (Haute-Ville).  A funicular railway connects the two areas.